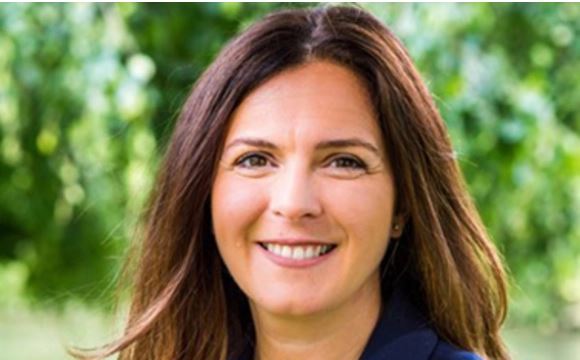 Lenovo channel boss: All tech companies should have more of a female voice through the business

Jane Ashworth on mentoring, building a network of solidarity and the channel’s attitude to diversity

Jane Ashworth (pictured) joined the manufacturer nine months ago from her role as MD of the UK and Ireland at Smart Technologies.

She told CRN that, as Lenovo’s sole female director in its UK business, she feels privileged to be responsible for diversity and inclusion (D&I).

“I’m able to lead the strategy and support of D&I within the UK business, which includes some of the ‘softer’ aspects, including the environment that we work in and how we treat one another,” she explained.

“A large percentage of the population is female and women have a huge voice in purchasing decisions.

“As a business, at Lenovo we really don’t have that balanced view which goes into planning, strategy and products, and so we’re not matching that percentage of the population.

“That’s not just Lenovo – all tech companies should have more of a female voice right through the business.

“It’s also important from a partner perspective because they are the ones dealing with the end user and we have to see that voice right through the food chain.”

Lenovo operates Women in Lenovo Leadership (WILL), a network designed to allow women in the organisation to share their ideas and experiences with each other as well as offering younger women in the company the opportunity to speak to, and be mentored by, senior personnel.

The channel boss acts not only as a mentor for those in Lenovo but also to some in the wider tech sector.

“I’ve been through so many experiences in my career, some of them really positive but also some of them quite challenging as a woman, particularly in the IT industry,” she explained.

“I can take some of that experience to ensure that I can support younger women in the industry through WILL to build their competencies and give them the ability to progress and not have to go through some of those challenges that I went through.”

Ashworth noted the attitude change in the tech industry towards diversity and inclusion in recent years, praising partners CDW and Computacenter for their respective schemes to address imbalances in their companies.

“Compared with four or five years ago, it’s completely flipped now and you have some really senior women in those businesses driving the message – and it’s not just lip service,” she claimed.

These initiatives help amplify the voices and ideas of female employees which ultimately resonates better with end users, according to the channel boss.

“[The male voice] becomes more thoughtful because of the environment that is bred,” she explained.

“Women talk, think and manage in a different way and the men in the business will adapt to that over time and the only thing that will come out of it is a balanced voice with better decision making. It’s a win-win for all.”

Ashworth believes that the most pressing issue facing women in the channel at the moment is building the confidence to raise their voices.

“It’s positive for businesses – whether it be vendor or partner. Have the confidence to speak up; you have good ideas and great experience, don’t be scared to share it.

“It’s people like me and other senior women in the industry who can give a larger voice in business.

“That is the reason we did the roundtable with CRN; we’ve created a lovely network of senior ladies in the industry to get together to share best practice and drive for a bigger change in the industry.”