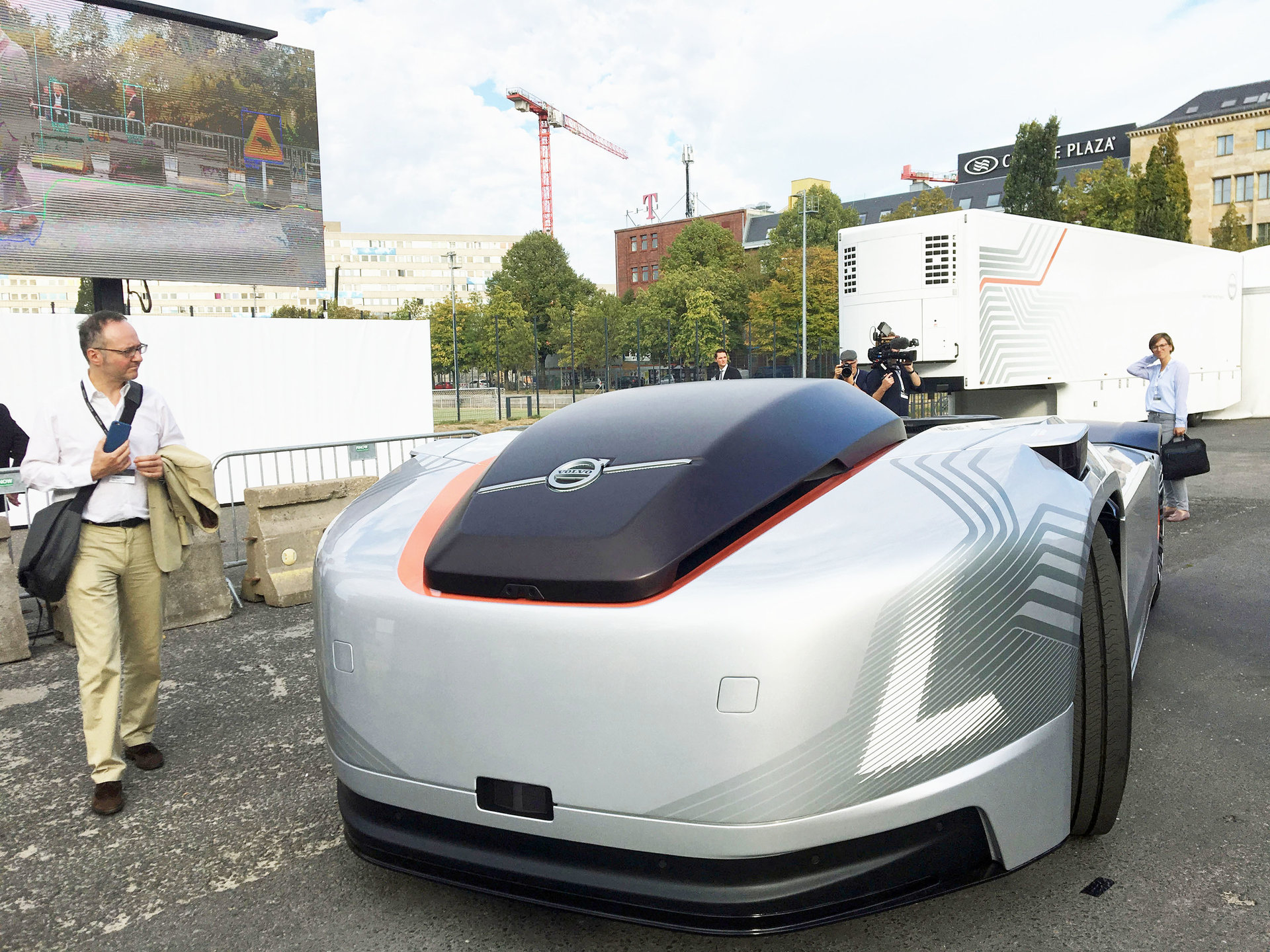 A self-driving Volvo electric truck with no cab called Vera is seen during a presentation in Berlin, Germany, September 12, 2018. REUTERS/Emma Thomasson

STOCKHOLM (Reuters) – The Volvo Group is joining forces with Nvidia to develop artificial intelligence used in self-driving trucks, in a boost for the U.S. chipmaker that was dropped by Tesla last year.

The agreement announced on Tuesday by Nvidia and Volvo, the world’s second-biggest truck-maker after Daimler AG, is a long-term partnership spanning several years. Work will begin immediately in Santa Clara, California, and Gothenburg, Sweden. Financial terms were not disclosed.

Volvo, which last year demonstrated its first cabin-less autonomous truck, Vera, said the partnership would develop a flexible, scalable self-driving system, which is planned to be used first in pilot schemes before commercial deployment.

“The resulting system is designed to safely handle fully autonomous driving on public roads and highways,” Volvo said in a statement.

Nvidia, known for its powerful gaming graphics chips, has been aggressively expanding into the automotive sphere, where trucks – with their regular routes that are easier to automate than cars navigating traffic – may lead the way in self-driving.

Tesla, Ford, Daimler and several startups are racing each other towards autonomy, using closed-area pilots such as warehouse-to-warehouse delivery or mining-site operations to speed up testing and commercialization.

Seven Volvo FH16 trucks will transport limestone for Norway’s Broennoey Kalk AS from a mine to a nearby port, Volvo Trucks’ autonomous solutions director, Sasko Cuklev said, on Tuesday.

“This coming winter, Volvo Trucks’ autonomous mining solution will be in operation and we will get paid per transported tonne,” Cuklev said at the company’s annual general meeting in Gothenburg.

He said the seven trucks, together with a site management system, truck services and support, workshop set-up and insurance would be wrapped together to make Volvo’s first commercial autonomous transport package.

Volvo Chief Technology Officer Lars Stenqvist said he preferred not to set a firm date for when a self-driving Volvo truck using Nvidia technology would travel a public highway. Deployment will start in areas that are not open to the public and “gradually grow into more complex situations,” he told reporters on a conference call on Tuesday. “We are humble as to the challenges we have.”

Nvidia, which has previously announced technology partnerships with automakers including Volkswagen AG, Mercedes-Benz and Toyota, said it was thrilled to team up with Volvo.

“The latest breakthroughs in AI and robotics bring a new level of intelligence and automation to address the transportation challenges we face,” Nvidia Chief Executive Jensen Huang told reporters on a conference call.

Huang emphasized that for Nvidia the partnership with Volvo goes beyond supplying chips, and includes work on developing software, on-board computers and sensor systems for autonomous commercial vehicles. “The technology inside the vehicle is much more significant than we would apply” to a consumer-owned car, he said.

Volvo said last week its Vera self-driving truck would begin transporting goods from a logistics center to a port terminal in Gothenburg in collaboration with logistics firm DFDS, in a first step towards operations on public roads. Systems designed under the partnership with Nvidia would be used to develop vehicles capable of operating on public streets, Stenqvist said.

Automotive chips accounted for $641 million of Nvidia’s $11.7 billion in revenue in its most recent fiscal year.

Tesla was previously a major customer for Nvidia’s automotive chips but last year CEO Elon Musk said the electric-car pioneer was developing its own chip.